In 2018, there were 4,985 motorcyclists killed on U.S. roadways. In 2016, motorcyclist fatalities occurred 28 times more frequently than passenger vehicle fatalities in motor vehicle crashes when accounting for vehicle miles traveled.

According to a National Highway Traffic Safety Administration (NHTSA) report, 89,000 people were injured in motorcycle crashes in 2017. 40% of motorcyclists killed in accidents were not wearing helmets. NHSTA estimates that helmets saved 1,872 motorcyclists’ lives in 2017, and that 749 more lives could have been saved if all motorcyclists had worn helmets. Motorcyclists are about 29 times more likely than passenger car occupants to die in a crash per vehicle mile traveled and five times more likely to be injured.

The most common misconception by most motorcyclists is that they will be covered by their automobile insurance or by the other driver’s insurance if they are involved in a crash. To make matters worse, their insurance agent told them that they have “full” coverage. This is NOT accurate. For Florida motorcyclists, having Uninsured Motorist (UM) Coverage to protect you is an absolute must. UM coverage will protect you if the at-fault party in the accident has no Bodily Injury or insufficient Bodily Injury coverage for your damages. Since most motorcycle crashes result in serious injuries to the rider, many minimum Bodily Injury policies often have only $10,000 in coverage and are simply not nearly enough to cover all the rider’s damages. Protect yourself with the right coverage.

At Cutler Rader, we will fight for you and represent you for the injuries you have sustained. Most lawsuits have a limited time frame in which you can file before you waive your rights to seek possible compensation, so it is very important to act quickly. Contact us at (954) 913-CASE (2273) for your complimentary consultation regarding your motorcycle accident. 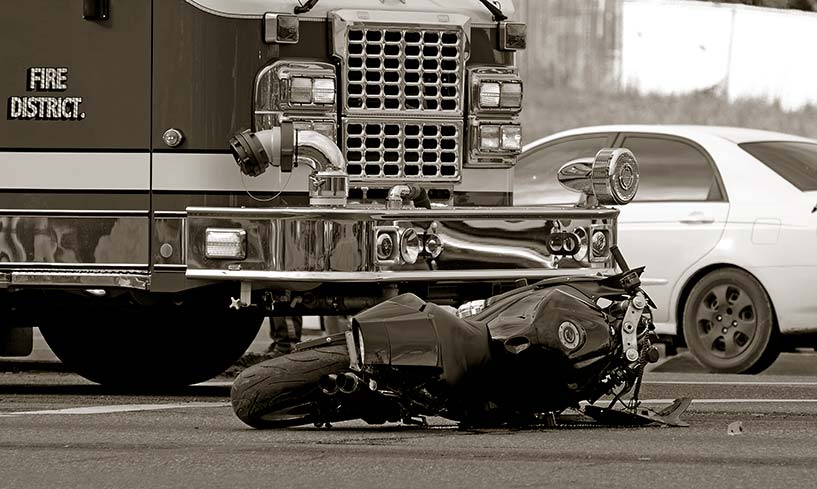