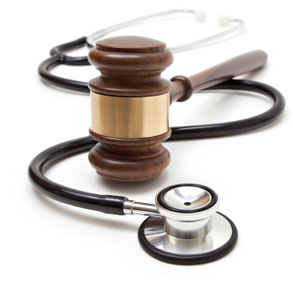 While the settlement agreement requires that the parties remain confidential, Andrew Rader, the lead counsel for the plaintiff, described the case as follows:

The decedent, after experiencing a loss of consciousness, was taken to the emergency room of the hospital where it became clear that he was suffering from a stroke.  A stroke occurs when blood flow to the brain is cut off and leads to brain tissue death.  There are two types of strokes, hemorrhagic and embolic.   A hospital must immediately determine the type of stroke to determine treatment.  If embolic, then a clot buster, called T-PA (Tissue plasminogen activator) can immediately destroy the clot, restoring blood flow.  If provided within three hours (this was the standard at the time of this case, it has now been extended), the brain can often be saved with little or no injury to the patient.  If hemorrhagic, on the other hand, T-PA could be fatal, because the medication could destroy an already-weak artery, causing a catastrophic bleed.  Therefore, the first question for the hospital to determine is the type of stroke.  This is done through CT imaging.

In this case, the ambulance got the patient to the hospital within a half hour of onset.  The hospital, in an act of blatant malpractice, did not send the patient to CT for two hours, and even then the CT was not read by a radiologist for another two hours.  During those precious hours, the stroke worsened and the window to administer the life-saving T-PA closed.

The patient suffered horribly from this delay; his stroke deepened and his wife pleaded for better care. He became the living dead known as “locked in” for 3½ months.  This means that for 3½ months he could not move any part of his body, including his eyes.  The only thing he could do was cry.

He lay in limbo where his doctors (perhaps to soothe his wife- and themselves) insisted he was vegetative and not experiencing his anguish; his wife, on the other hand, strongly sensed his presence.  A week before he died, his consciousness was proved by his ability to answer questions by moving his tongue ever so slightly.

When Cutler Rader took over the case, three attorneys had worked on and rejected the case- apparently because they did not understand the medicine.  His wife was facing a motion to dismiss her case.  Cutler Rader, through determination and diligent study of the medicine and research, determined that this woman, and the memory of her husband, deserved vindication and justice.

When we go to hospitals we expect and deserve good care.  Laziness and cavalier attitudes cost lives and hospitals or doctors who don’t live up to the great responsibility they’ve undertaken need to pay for the damages they’ve caused just like everyone else.  This poor woman lost her husband and suffered an indescribable anguish that is straight out of a horror movie.  No amount of money will take away that pain or replace this woman’s beloved husband.

Anyone who thinks that doctors and hospitals should not have to pay for their mistakes should think hard about what this woman went through and consider whether they, had they been in her position, would have been satisfied with measly limits recovery imposed by the legislature.

“This case settled for a very significant sum,” Rader added, “commensurate with the egregiousness of the care and the ghoulishness of the result.  We demand full compensation for our clients and accept nothing less.”

Mr. Rader, a Martindale-Hubbell AV rated attorney, is a partner at Cutler Rader, P.L. in Deerfield Beach where he represents people and their families in personal injury, sexual abuse, premises liability, wrongful death, medical malpractice, defective product and business litigation cases. If you have a legal issue please give us a call; all initial consultations are free.