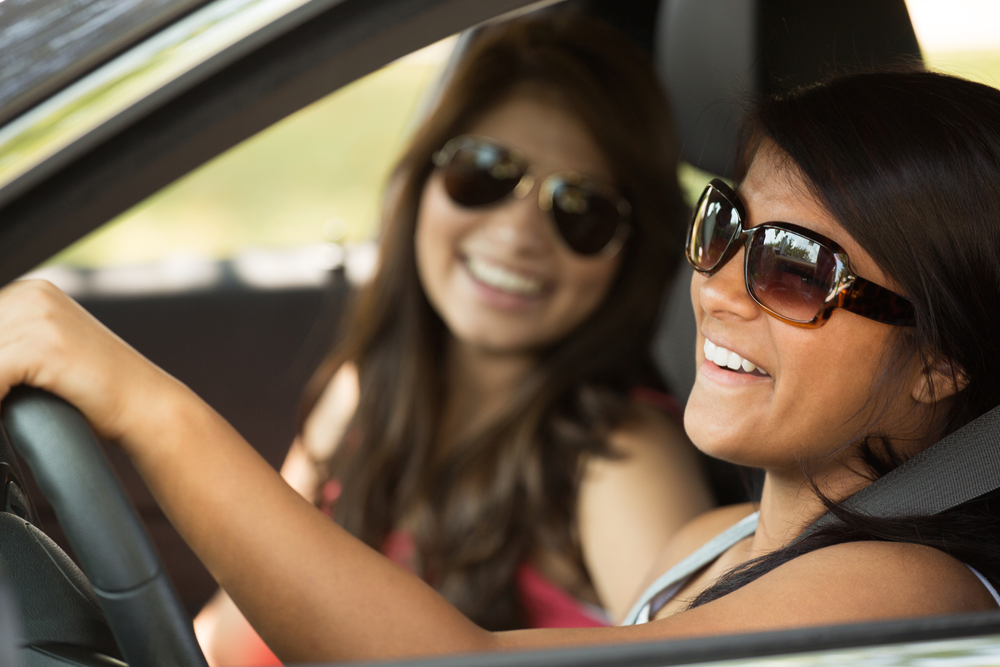 Your child turns 16. She passes her driver’s test and receives a car for her birthday. Before you hand over the keys, are both you and your new driver aware of the safety risks she will face as a teen on the road?

According to the National Highway Traffic Safety Administration (NHTSA), in 2016, research revealed that 31% of teen driver fatalities were caused due to speeding, 2,082 drivers involved in fatal auto accidents were teens, and 20% of the fatal crashes with a teen driver involved the use of alcohol. In addition, studies have shown that most automobile accidents with drivers aged 15-20 faced fatalities due to the following reasons:

Teen drivers are known for driving faster than the speed limit allows; whether that is due to inexperience, ignoring the law, or by being uneducated. Parents can teach their teens how to watch for speed signs and what purpose they serve. Many forget to educate and stress the importance of adjusting driving speed during challenging weather conditions and time of day.

Distractions while driving are sometimes overlooked by teens, as they may feel that the road has their full concentration. Such distractions are sometimes caused by peer pressure from passengers in the vehicle like raising the volume of the radio. As technology advances, the dependency of cellular devices is growing, and teens have a hard time adjusting to the lack of attention they can give to their phones while driving.  Distractions may also cause teen drivers to forget important rules while driving, such as wearing their seatbelt. Parents can limit the number of passengers allowed in the vehicle to reduce distractions, as well as prohibit the use of any electronic devices, and require that their teen wears their seatbelt at all times.

Many teens are not taught how to be on the lookout for dangers that are ahead of them and scope out potential safety hazards. Teach your teens how to pay attention to their surroundings closely, and build a habit of scanning the road ahead so they become a proactive driver and react with an ample amount of time to avoid an accident.

Parents are usually the primary and most influential role models in their teens’ lives. Parents teach right from wrong, how to tie their shoes, and how to drive a car. Positive reinforcement, as opposed to “scaring teens straight”, has been proven to be a more effective approach to portraying messages to children in their teen years. They will often recreate the actions that they see, so it is encouraged that parents lead by example by not using electronic devices, wearing seatbelts, and not driving while under the influence. These are small steps that can help change the community, one safe teen driver at a time.

If you’ve been injured in an accident, call Cutler Rader at (954) 913-CASE (2273) or visit us at www.CutlerRader.com. We’re happy to answer your questions and the consultation is free.

Related posts
Preparing To Go Back To Normal After COVID-19
May 12, 2020
Coronavirus And Business Interruption Insurance
April 6, 2020
Keeping Your Child Safe On The Road
September 19, 2019
Florida’s New And Dangerous TeleMedicine Law
September 9, 2019
Is The Risk Worth The Reward In An Emergency?
August 7, 2019
Catastrophic Injuries Caused by Trampolines
July 16, 2019
Leave Comment

The health and safety of our clients and staff is extremely important to us. We are here for you and are available by phone, Zoom, FaceTime and email. Please call us now for a free case evaluation from the safety of your home.

If you need to speak with an attorney, but you are worried about Coronavirus (COVID-19), we are ready to meet you virtually.