Is The Risk Worth The Reward In An Emergency? 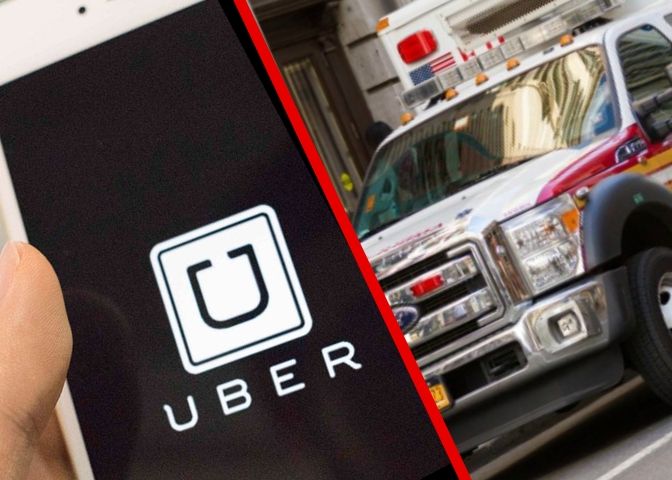 In our combined decades-worth of experience litigating personal injury claims, each of the Cutler Rader attorneys has witnessed the following exchange in a deposition, where the defense attorney feels like he has scored points, by “proving” that the injured client did not seek immediate medical attention at the scene of the crash and is therefore not as hurt as they allege:

“Did you go by ambulance to the hospital?”

“Because the paramedic/police office told me ambulance ride would be too expensive and I should go to the hospital on my own later if I felt like I needed to.”

What once sounded like a lame excuse for declining to receive emergency medical care may actually have some truth behind it. Uber and Lyft, two of the most recognized ride-sharing companies, with net worths of over $100 billion and $15 billion, respectively, are becoming an oft-used option for people looking for transportation to the emergency room. Where an ambulance ride down the street to the closest hospital typically costs in excess of $500.00, a ride share option could cost as little as $15.00-$20.00. These accessible, dependable and cost-effective options have earned the trust of consumers and have become the preferable choice for some who reside in big cities.

Recent trends show both Uber and Lyft receiving an increasing demand for transportation to the emergency room. A recent University of Kansas study found that ambulance volume has decreased by 7 percent in cities across the US. Part of this is due to the lower cost of the ride offered by the ride-sharing platforms. The study also found that consumers preferred to have the choice of which hospital they would like to be taken to, which came with Uber or Lyft, whereas an ambulance transports you to the closest emergency room.

The factors which are leading consumers to turn to a ride sharing company for emergency transport include:

However, it is important to consider some of the pitfalls of electing not to use an ambulance and choosing a ride-share for transportation to the hospital. Some drawbacks of using ride-sharing to go to the emergency room include: